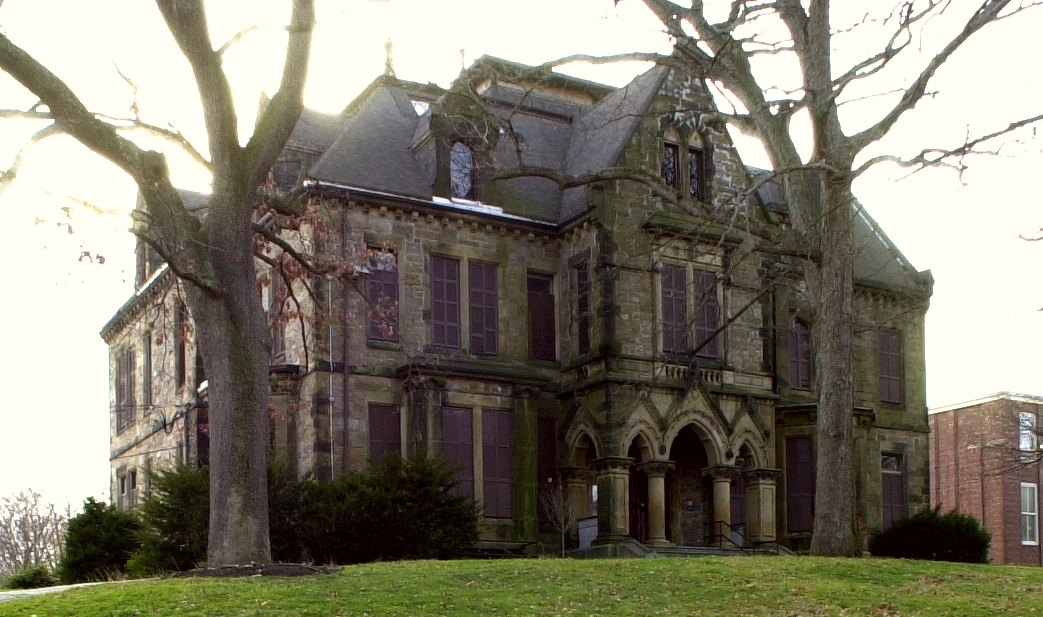 Originally Oak Bend, this grand house was built by Aaron Davis Williams, Jr., whose father had been a very successful industrialist in the town of Roxbury.

On land and with money that he inherited in the mid-1860s, Williams hired Alden Frink, a prominent Roxbury architect, to design the house with its abundant neo-Gothic features. At $365,000.00 in 1870, Oak Bend was both expensive and exceedingly handsome. It dominated the knoll from which it rises as is evident in the watercolor rendering that captured the architect’s the vision for the residence. 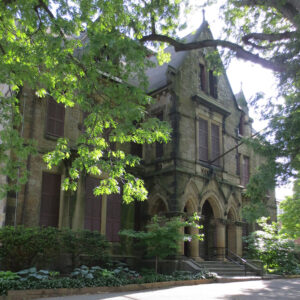 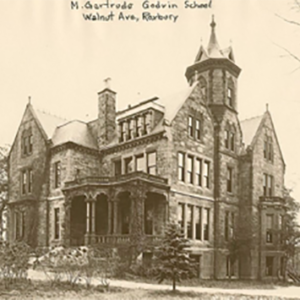 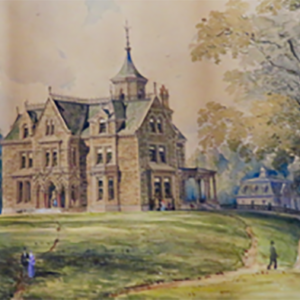 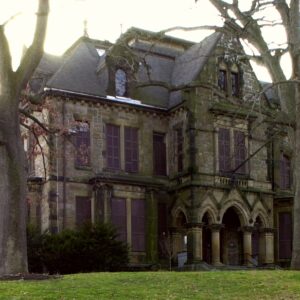 After occupying the Oak Bend, Williams’ fortune declined and he sold the house to a new family that renamed it Abbotsford in honor of the home of Scottish poet Sir Walter Scott. Early in the twentieth century, ownership shifted to the City of Boston and in 1924, it opened as a grammar school. Not much later, it became the Gertrude Godvin School serving boys with disciplinary problems.

Abbotsford remained the Godvin School until the mid-1960s when it became the annex to the David A. Ellis Elementary School. The annex was closed in 1975 during the desegregation crisis that collapsed the population of students in Boston Public Schools.

The NCAAA acquired the building as a veritable ruin in late 1976, Following partial renovations, it opened as home to the Museum, NCAAA in 1980. Over the course of the 1980s, the building was recognized as a Boston Landmark and was also added to the National Register of Historic Places. Abbotsford is still under renovation, and is presently subject of a $1,135,000.00 campaign to replace its roof and gutters with slate and copper respectively.