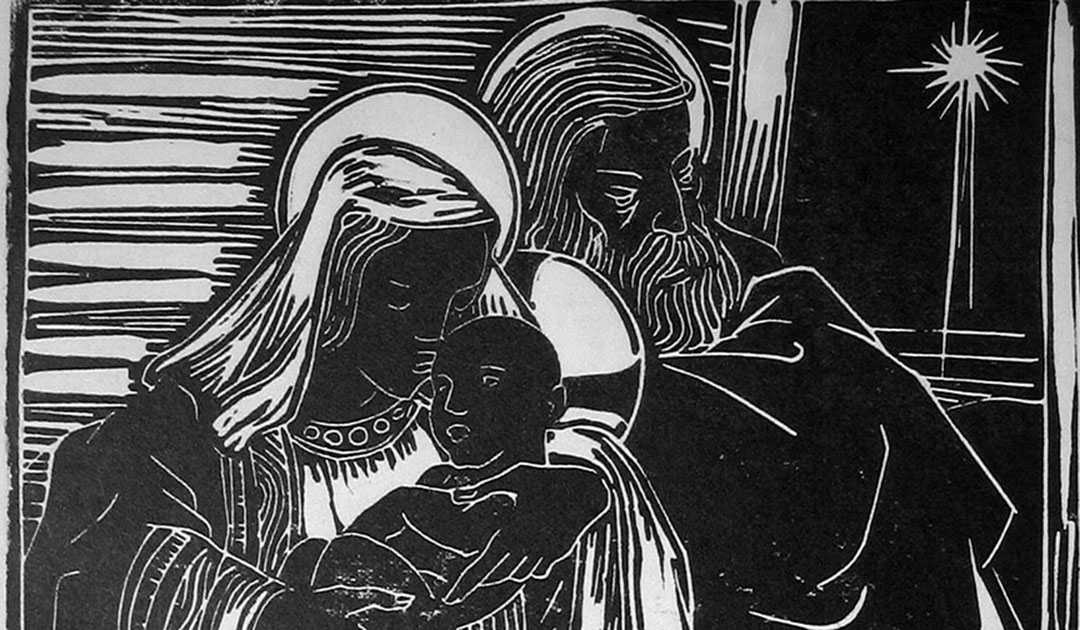 For nearly ninety years, Allan Rohan Crite was rarely seen without a pencil and pad in hand. Having given his life to art, he was especially well known for his narrative paintings of the religious and social life of lower Roxbury/South End, his depictions of Christian themes in contemporary—often local—settings, and his ecclesiastical subjects on gold leaf. Very prolific, he produced an enormous body of work that will sustain his legacy as a painter of the American scene.

Over the eight decades of his career, he inspired generations of younger artists who bestowed on him the honorary title of the Dean of African American artists in New England. His place in American art is evinced by his inclusion in the collections of the Museum of Fine Arts, Museum of the National Center of Afro-American Artists, Smithsonian Institution, Museum of African American History, Boston Athenaeum, Phillips Collection, Corcoran Gallery of American Art, Boston Public Library, Newark Museum and others, as well as by many one-person exhibitions, including Allan Rohan Crite: Artist-Reporter of the African American Community (2001) at the Frye Art Museum, Seattle, Washington.

Born to Annamae Palmer and Oscar W. Crite in 1910 in North Plainfield, New Jersey, the infant Allan Rohan came to Boston where his father worked as an engineer. He grew up in lower Roxbury and attended public schools. An early interest in art was cultivated at the Children’s Art Center and nurtured by his mother who regularly took him to the Museum of Fine Arts and the Isabella Steward Gardner Museum. While still a Boston public school student, he took art classes at the Museum of Fine Arts by special arrangement. In 1929, he enrolled at the School of the Museum of Fine Arts where he completed studies in 1936. 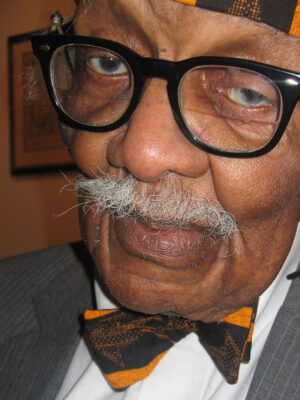 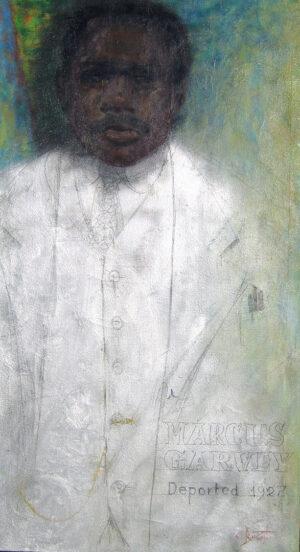 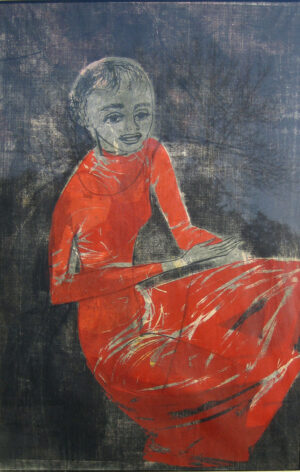 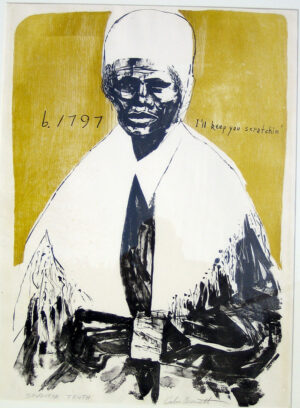 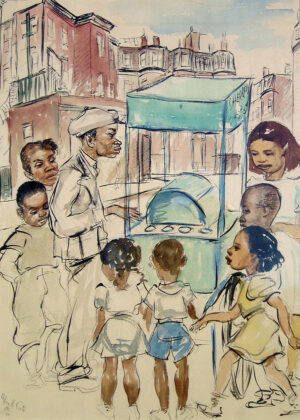 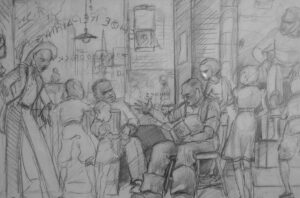 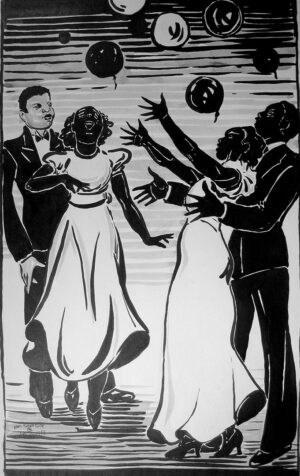 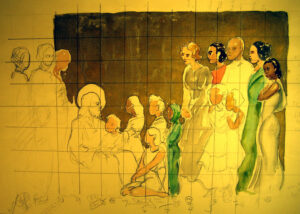 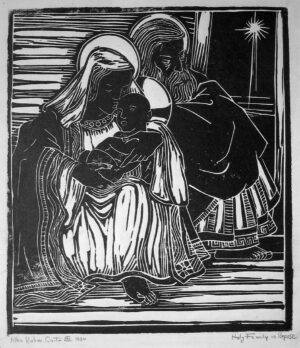 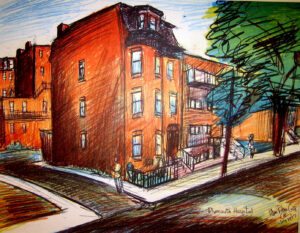 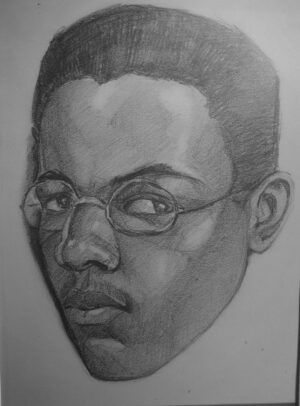 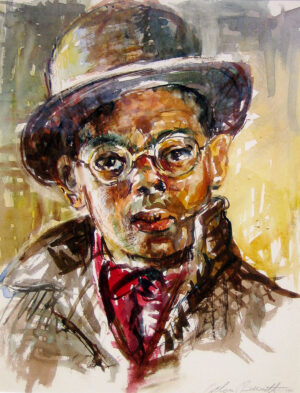 After two brief stints with the Works Progress Administration (WPA), he went to work in 1940 as a draughtsman at the Boston Naval Yard where he remained until his retirement in 1974. Simultaneously, he pursued his art career, cultivated his skills as a prodigious researcher, and actively involved himself in missions of the Episcopal Church. Along the way, he earned a Bachelor of Arts Degree from the Harvard Extension School where he subsequently became a part-time librarian. He also studied at Boston University and the Massachusetts College of Art.

As his career developed, Crite built close relationships with the Boston Athenaeum, the Boston Public Library, the Episcopal Divinity School and many national and local Episcopal parishes. After its founding in 1969, he added the Museum of the National Center of Afro-American Artists and the Boston Collective, a group of younger African American artists who encircled him and with whom he traveled to China in the 1980s.

Throughout his long career, Crite strove to make his art accessible. This desire led him to publish two books of ink-brush drawings Were You There When They Crucified My Lord (1944) and Three Spirituals (1948), both with Harvard University Press. He also regularly provided illustrations for church service programs for several Episcopal parishes, and he independently self-published waves of prints of his artwork, some hand-colored and some with gold leaf added. He also painted several murals most notably at St. Augustine’s Episcopal Church in Brooklyn, New York.

A singular feature of his art was his placement of the Holy personages in contemporary rural or urban settings. In the illustrated spirituals, the Heavenly Hosts are black singers hovering above Southern fields populated by black farmers. In the Madonna of the Subway series, Mary sits comfortable on a Boston rapid transit train amid ordinary riders going about their daily business. In another work, Mary and Jesus are boarding an airplane at Logan Airport. After his travels to Mexico and Puerto Rico, Crite painted the Nativity story set in the Americas. Indeed, he was a pioneering figure in the practice of representing Christian figures as black or Latino in American art.

Crite was a careful observer of places and people. His paintings and drawings of lower Roxbury and the South End document local architecture with great precision. In certain cases, Crite’s rendering provide a rare, if not exclusive, portrait of portions of the city that were demolished during Boston’s urban renewal. Similarly, he tirelessly sketched people and put them in his art.

In the late 1960s, he undertook creating a series of extraordinary accordion books of global history, such as Reflections on the Cultural Heritage of Afro-Asian-American Peoples of Color. He filled these books with many portraits of political, social and arts figures from Boston amid historical characters from the past. Crite’s research skills are evident in the several of these tomes, for they are amazing in their historical scope and exacting visual details. Some of the accordion books folded out to more than sixty feet and are populated with thousands of figures. Like his self-published autobiography, the books capture his reflections on the human condition and spirituality.

Among the last of Crite’s major projects was his remarkable Book of Revelation produced by the New York-based Limited Editions Publishers in which he created illustrations for the last book of the Bible. Bound in maroon cloth and printed on deluxe paper, Revelation brought together a lifetime of visual thinking about Christianity and Biblical texts by an artist who loved almost equally the art of paint and of words.